The waters of Monte Real were already used by the Romans

As evidenced by a Roman arula, as well as several coins from that period, found near the source, in excavations ordered to be carried out around 1806/1807 by the then Bishop of Leiria, D. Manuel de Aguiar. He had a masonry house built, with two “cubicles”, each with a bathtub for thermal water baths. Legend has it that Queen Santa Izabel, in her stays in Monte Real with King D. Diniz, here would distribute the thermal water to the patients who sought it. 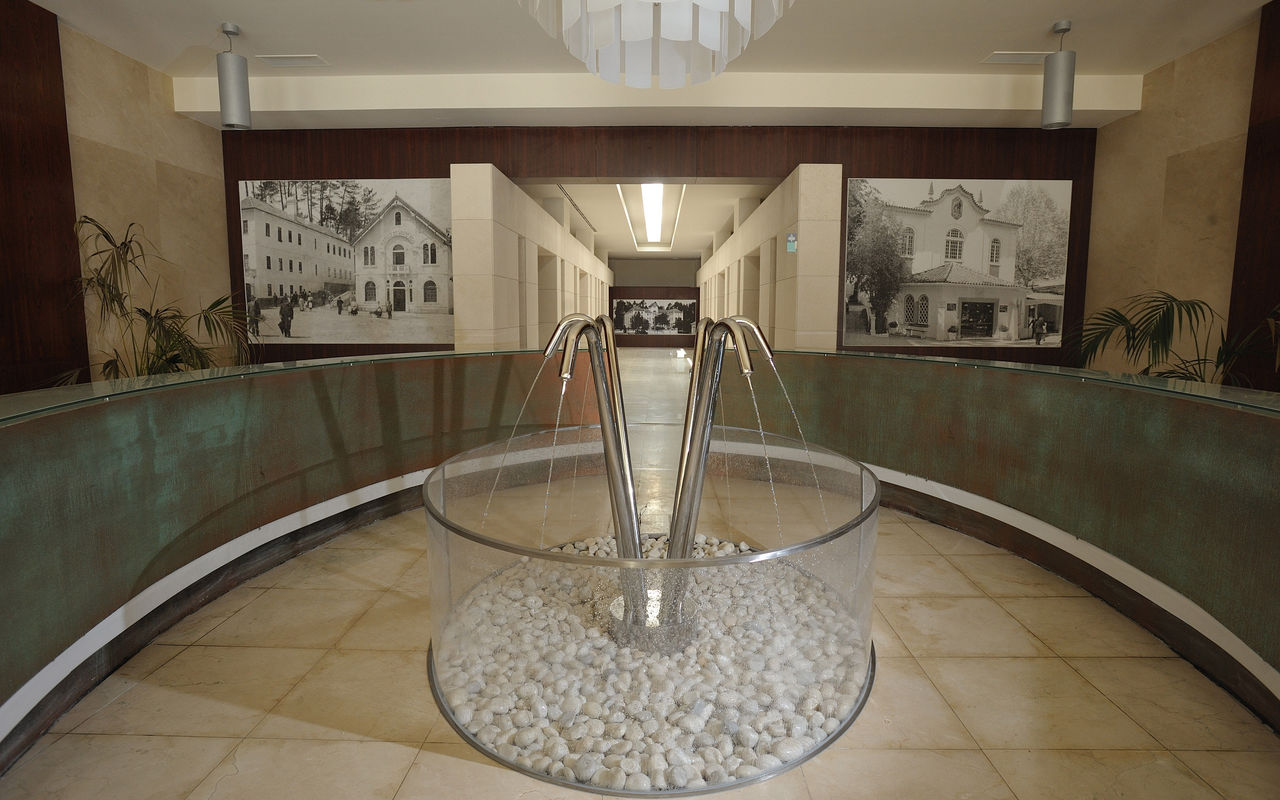 Around 1916, a wealthy industrialist and owner of Ortigosa, Manuel da Silva Pereira, purchased the thermal springs, which at that time were almost abandoned, at auction from the Municipality of Leiria. He bought land around the thermal spring, tore the avenue of the thermal springs, built a spa and the grand hotel, and started an organized advertisement for the Termas de Monte Real across the country.

In 1925, he bequeathed the property to his nephew Olympio Duarte Alves, and from there began the resurgence of Monte Real. With a plan drawn up by the architects Korrodi, (father and son), he concluded the grand hotel, which soon went into operation, and transformed and expanded the old spa, providing it with the best equipment for thermal treatments.

From the 50's until the 80's, the Monte Real Spa became the most visited in the country and even in the Iberian Peninsula. They were frequented by well-known figures of Portuguese society, from Dr. Adolfo Coelho da Rocha, (Miguel Torga), D. Maria Teresa de Noronha, (recognized Lady of society and fado singer), and many more and still, as for example, more recently, historian Joaquim Veríssimo Serrão.

In 2008, the entire complex underwent extensive construction and restructuring works. The new project was inaugurated in July 2009, already with renovated facilities and new services, becoming, without a doubt, one of the best spas in the country.

This site uses cookies to improve your browsing experience and provide you the best service possible. Continuing browsing the site you consent to their use. See our Privacy Policy.